On July 12, the group held a production and operation meeting for the first half of 2019 in Zhuozhou. The meeting summarized the construction and production in the first half of the year and deployed the key work in the third quarter. More than 200 people attended the meeting, including leaders of the group company, team members of branches, heads of departments and offices, project managers, chief engineers, deputy production managers and Deputy operation managers of the project management department. Lei Yuanyuan, Acting Deputy General Manager of the group, presided over the meeting. 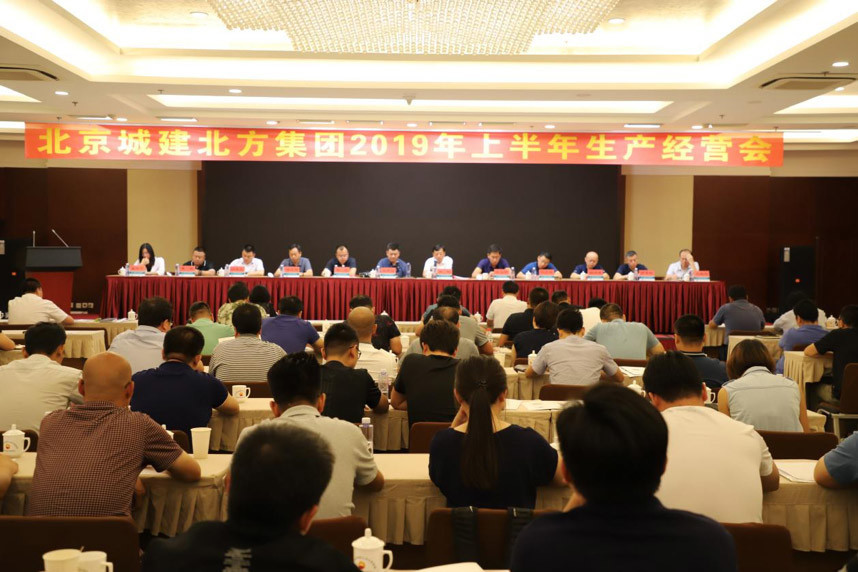 General manager Zhang Quan said in his speech that in the first half of the year, the group made certain achievements in various management, but there are still deficiencies. For the work in the second half of the year, first, pay close attention to basic management to ensure compliance. "Changing the market on site" should not only ensure the comprehensive project safety, quality, progress and management, but also reflect the service to customers. Second, pay close attention to the operation and management to achieve the benefit goal. We should have the awareness of "big cost" and do a good job in the management of "two lines of revenue and expenditure"; We should control the cost of materials, labor and machinery, and control the three links of supply, management and use. Third, strengthen the settlement and recovery of project funds to ensure the normal operation of construction and production. Fourth, comprehensively improve the comprehensive management level of the group. The continuous expansion of the group's scale requires the continuous enhancement of various management abilities of the group. I hope you can strengthen the improvement of professional quality, business ability and management ability, strengthen the implementation of system processes, and promote the high-quality development of enterprises.

In the afternoon, the participants went to the marketing center of North Deyuan Zhuozhou company to visit the demonstration area and sales office, and had a deeper understanding of the real estate of Dexin Yufu developed and constructed by the group. (Shi Furui)