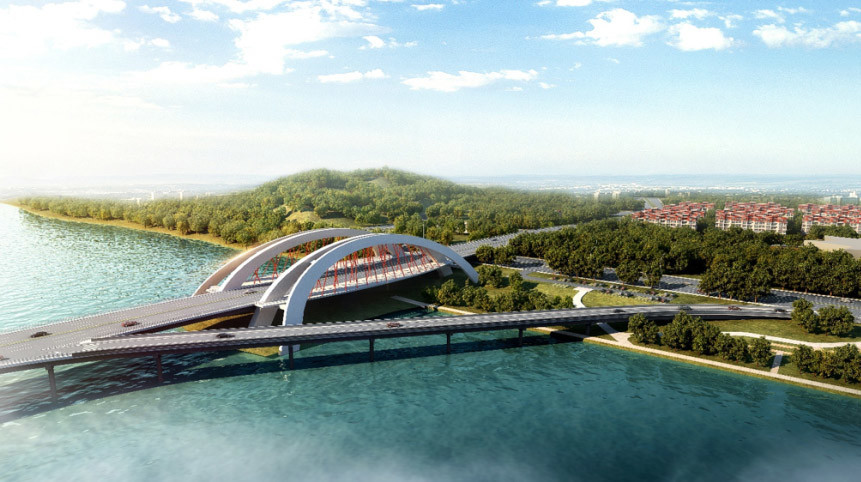 "Faith" in the snowy plateau

Lhasa, a world-famous snowy land with beautiful scenery, long history, strong religious atmosphere and unique customs, is wrapped in a pure spirit of piety. Many pilgrims come from afar in the same direction, or turn the Sutra tube to chant words, or knock their long heads step by step. They are for the sacred faith in their hearts.

In this holy land with an altitude of 3680 meters, there are a group of young people who adhere to the belief that "there is no lack of oxygen and spirit, and the altitude is higher". In this sacred land on earth, they adhere to, devote their youth and pursue their dreams. With their own practical actions, they write the "faith" they adhere to, and outline the struggle history and entrepreneurship history of "urban construction northerners" on the snowy plateau, They are the Li Hongliang project management team of the municipal business department of Beijing urban construction north group, which is responsible for the construction of the traffic congestion node reconstruction project at the south end of Liuwu Bridge in Lhasa.

After nearly five hours of flight, the plane from Beijing to Lhasa landed steadily at Gongga Airport. Although I made psychological preparations before departure, the sudden landing was nearly 4000 meters above sea level. The altitude reaction of tinnitus, chest tightness and dizziness still caught me "unprepared".

Out of the airport, Li Hongliang waved to us at the exit and brought us hada, a symbol of purity and blessing. When Vice Chairman Hu Xiang held his hand, he looked at the black and thin Li Hongliang with "plateau red" in front of him, but he was "not right" with the white and symmetrical figure he had seen before in Beijing pinggezhuang municipal project.

And he came to Lhasa in less than half a year. In recent months, he has lost more than ten kilograms.

"The local people are looking forward to the early use of our project, and we dare not delay for a minute," Cui Wei, deputy general manager of the group and general manager of the municipal business department, told us on the way back to the project department. Lhasa has special terrain and traffic conditions. In order to successfully achieve the grand goal of "building a moderately prosperous society in all respects in China", the Lhasa municipal Party committee and government, after careful investigation and analysis, faced with the practical problems of relatively backward local urban transportation infrastructure, insufficient service capacity such as public transportation network density and station coverage, high annual growth rate of local motor vehicles, more transit traffic and prominent congestion, Take the traffic congestion node of Liuwu Bridge as a breakthrough for road reconstruction and upgrading in order to alleviate the traffic pressure. 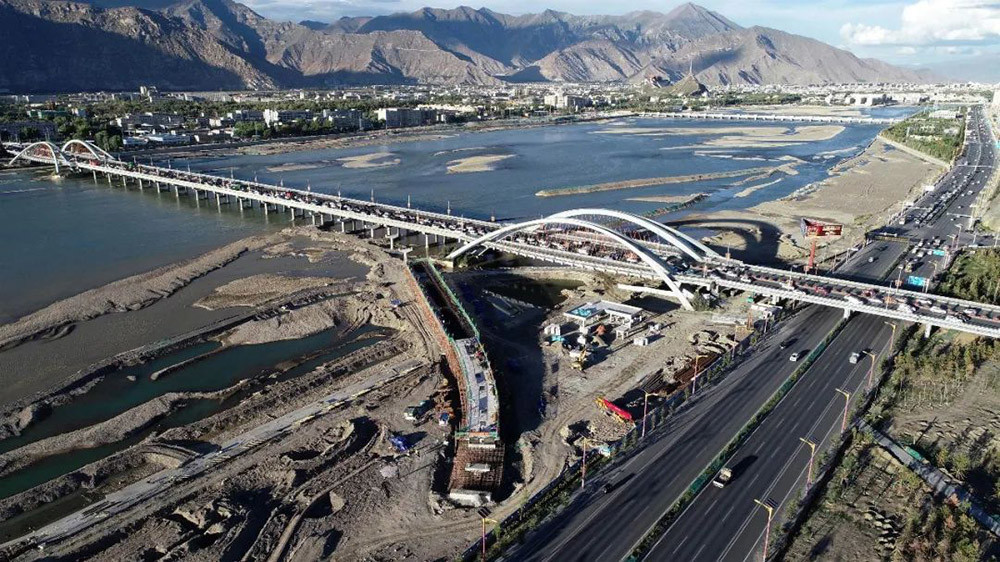 Only when the road is open, people's life will be more convenient. The intersection of Liuwu Bridge and Century Avenue bears too much transit traffic from the airport expressway and railway station in the urban area, resulting in excessive flow in some directions of the intersection. Therefore, the local government will further improve the people's livelihood in Lhasa through the upgrading of the transportation network. The project mainly includes the splicing of new bridges and existing bridges. Through the construction of ramp a project, Liuwu Bridge is connected with the South Ring Road. The reconstruction range is 437.74m, the whole ramp is 335.251m, and the bridge width is 8.55m, which is divided into 13 spans and 5 connections. The bridge structure is prestressed concrete continuous beam.

"Even if there are various difficulties, we will complete various construction tasks with high quality and on schedule.". At the symposium, Li Hongliang's sonorous and powerful voice gave the leaders present a "reassurance". The power of faith is infinite. This young team with an average age of less than 32 years old, with the morale of newborn calves not afraid of tigers, is moving at full speed towards the "belief" of "performing on schedule".

The test of the plateau

"Mr. Liu, Mr. Liu..." the voice calling Liu Wei, deputy general manager of municipal business department came from the project department. Liu Wei quickly took off the oxygen tube inserted in his nose and ran out of the office in small steps. He has been suffering in the plateau for several days before us. "Your physical fitness is good, and the altitude reaction is not strong, so I can't bear it a little," Liu Wei said with a smile. "When you come back from the scene, your chest is stuffy and you can't breathe. Take a little oxygen to relieve it."

Although there is a clear and transparent blue sky, towering mountains, holy and jade lake, and cute yaks here, there are also strong ultraviolet rays, serious altitude reaction, and relatively scarce materials... "Sometimes you have to stop for a few breaths after four or five words," said Heng Kunpeng, the measurement director of the project department. "Your nose will bleed when you exercise violently". The air in Lhasa is thin, and the oxygen content in the air is only 60% of that in the mainland. Upon arrival in Lhasa, hyperreflexia symptoms such as chest tightness, shortness of breath, dizziness, fatigue, abdominal pain and vomiting occur from time to time, not to mention "jumping up and down" at the construction site. "There is no good way. We can only rely on our own body to adjust. It's good to adapt," said Zhao Yan, a safety officer. 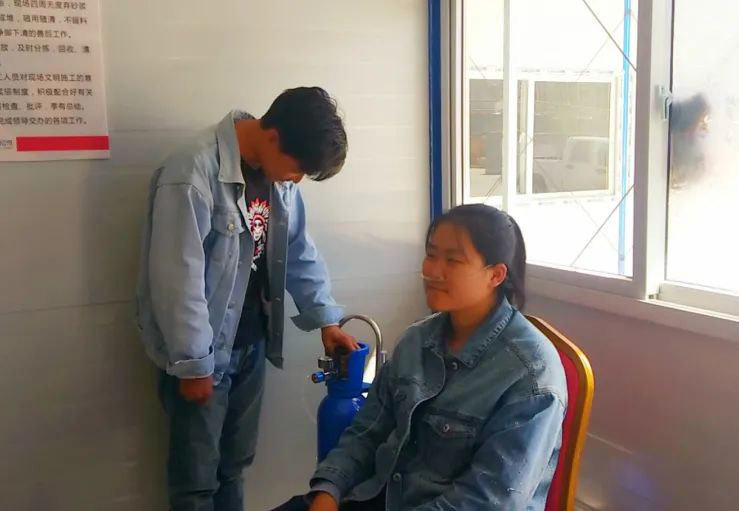 When it comes to "altitude sickness", it's really endless "bitter tears". Jia Ruiguang is the deputy general manager of the municipal business department and the person in charge of administration and materials of Lhasa project. In the early stage of the project, he and Li Hongliang, nearly 50 years old, were the first to come to Lhasa to visit and investigate the local market, so as to lay the foundation for the preliminary preparation of the project and ensure the later project construction. Due to the special environment in the plateau area, he suffered from high altitude hypertension, palpitation, shortness of breath and rapid heartbeat. However, as an old comrade, he still stuck to his post and "minor injury can not go down the line of fire". For a few days in the project department, I can see him running around with a big schoolbag on his back every day, because the schoolbag contains the list of local material suppliers and the project construction schedule. Wherever he goes, as long as the project construction needs, he can always respond at the first time without delaying the on-site construction progress.

Cui Shuang, deputy manager and general economist of municipal business department, and Wang Ying, deputy manager of project management, couldn't sleep for many nights when they first arrived in Lhasa. They needed to breathe oxygen for more than two hours to squint for a while. In the process of preliminary design budget estimation, Cui Shuang led the management team to overcome the adverse factors such as high local labor cost, the consulting company is not familiar with the local quota and the difficulty of on-site construction. Under the condition of serious lack of sleep and going to the hospital to take oxygen when he can't carry it, he successfully completed the task of preliminary budget estimation and passed the review of the expert group.

Facing the "sunshine city" with a total sunshine of more than 3000 hours a year, sunscreen, straw hats and long shirts have become "hot goods". Due to the high terrain, low air density, good atmospheric transparency, long sunshine time and high-intensity ultraviolet radiation, the original white and handsome managers have left the mark of this holy land - "plateau red" on their faces. "When the sun is strongest, our faces will peel off." Material clerk Wang Yunfei said with a smile.

In Lhasa, drinking a bowl of millet porridge cooked slowly becomes a "luxury". Affected by the high altitude, the territorial air pressure is less than two-thirds of that in the mainland. When the water is boiled to 80 в„ғ, it reaches the boiling point. Dumplings and noodles are not cooked, let alone a bowl of millet porridge. At the beginning of construction, in order to make everyone eat delicious food, the project department bought pressure cooker and high-pressure steamer and tried to cook with pressure cooker. At the beginning, due to inexperience, the pressurization time of the pressure cooker was not easy to control. A good pot of noodles and dumplings sometimes could not be cooked, and sometimes they were directly boiled rotten. "I wanted to eat a bowl of noodles in soup. I opened the lid and looked, but I didn't expect it to become noodle soup". Now, after exploration, the project department has also found the law, and specially hired chefs from Sichuan to do a good job in logistics support for the front-line employees.

"Pa!" Liu Xiaoyong, chief engineer of the municipal business department, slapped the planning scheme on the table in the conference room. Recalling the scene of examining and approving the construction scheme at the beginning of the project, Li Hongliang was still "haunted".

"The cushion cap and bent cap partially belong to mass concrete construction, which is one of the key points in our technical management. The temperature difference between day and night is nearly 20 degrees, the air is so thin, and the concrete forming time is so long. Is the construction period allowed? I feel that what we write is still not detailed!" The meeting broke up unhappily. After leaving the meeting room, Li Hongliang took yuan Yongcheng, the chief engineer of the project, to sort out the scheme word by word, and re analyze the details behind each process in combination with the actual situation on site. It's night. They're awake. 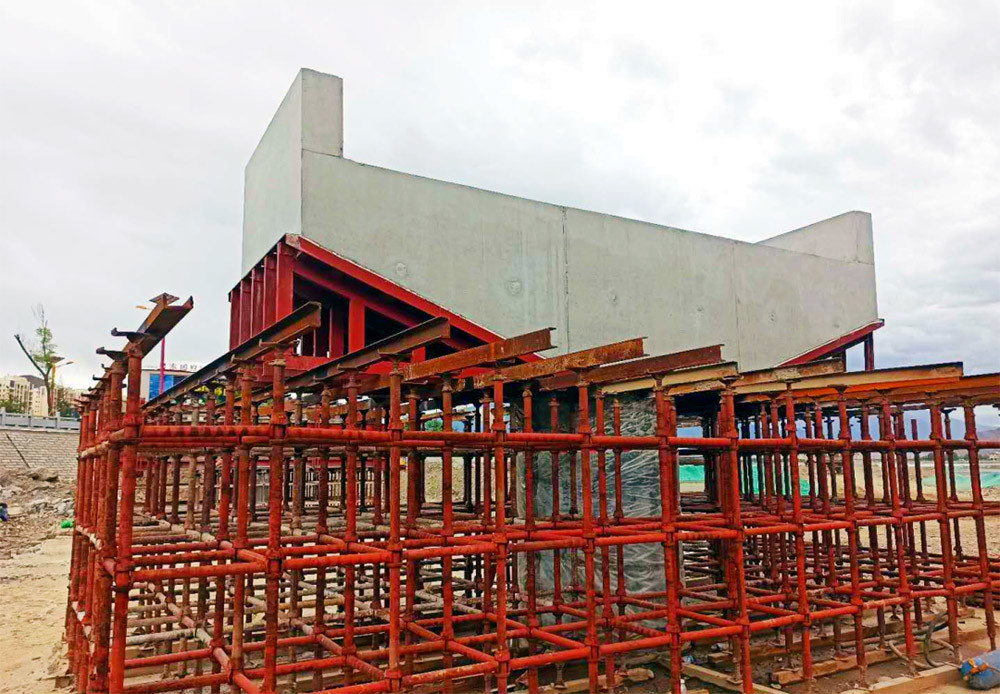 Over the years, "Beijing Urban builders" have actively participated in national development and capital construction. In Yushu, Shifang and other areas, in the face of urgent and dangerous projects, as long as the needs of the motherland and the people, they will bear the brunt and stand up and establish numerous buildings and monuments. In the process, "urban builders" have accumulated rich construction experience and advantageous resources in urban construction, rural roads and traffic planning, which can be fully reflected in Lhasa project. 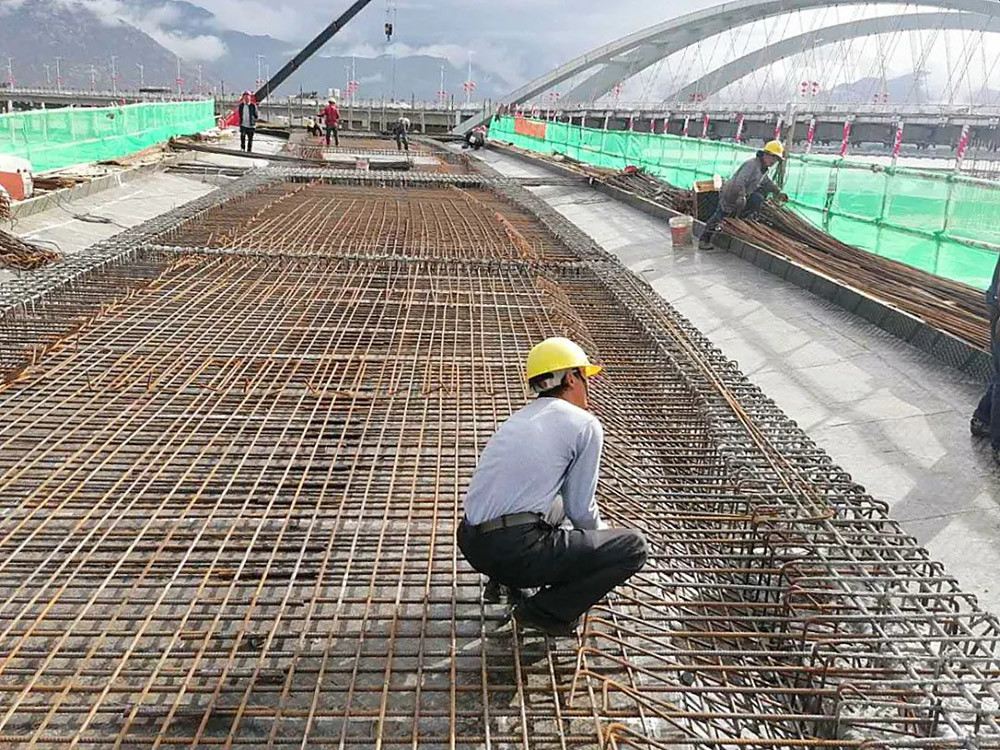 Facts speak louder than words, and getting real results through practical actions is better than any language. Now, with the joint efforts of the project team, the construction tasks of 36 pile foundations, 13 bearing platforms and 14 piers and abutments have been completed. The prestressed tensioning, grouting and anchor sealing of the fourth (8-11#) box girder have been completed, the binding of the bottom plate reinforcement and web reinforcement of the box girder has been completed in the third (5-8#), and the erection of the frame of the fifth (11-12#) box girder has been completed. The management level of high quality, high standard and high speed has not only been highly recognized by the superior units, but also fully affirmed by the territorial Government.

They stand on the roof of the world, laughing and watching the eagle spread its wings; They ran along the Lhasa River, listening to the roar of machinery. All the management teams of the project are striding forward with vigorous steps towards the goal of delivery on schedule. Gesang flowers bloom, and the road to happiness is wide. Maybe we will encounter more storms in the future, but we will certainly see more rainbows on the way. I believe that with the joint adherence of the "northerners of urban construction", their "belief snow lotus" will proudly "bloom" in this high land holy land, compose a prosperous era and benefit the people of one side.